Considerations on the drawbacks of stockade wood fencing

The most popular wood fencing in the United States is built in the stockade style. The wood material varies by region and may include treated southern yellow pine, cedar, or redwood. This traditional design has its benefits. It is relatively inexpensive because it typically uses either 4×4 wood or round pipe steel posts, 2×4 backer rails, and 1×6 butted slats. It is easy to install and is so common, it matches other fences in a neighborhood. However, it also has its disadvantages:

Maintenance is the hidden cost that most homeowners do not consider enough when installing a wood fence. Regular painting and staining can be costly, time-consuming, and messy. Moreover, after a few years fence components will have to be replaced as they rot or break. Replacing a few slats here or there may not be too costly, but as soon as posts begin to fail, the expense can go up significantly, particularly in labor. It isn’t just the appearance of an old, broken fence that is a concern, a rotted post could cause fence sections to lean or fall over. Stockade fencing does not look the same on both sides 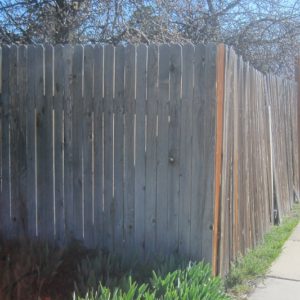 Wood will shrink and rot over time

Trex Fencing is an excellent alternative to wood fencing

While the up-front cost is higher than a traditional stockade fence, there are several unique advantages to Trex Fencing:

One way of looking at Trex fencing is that all costs are front-loaded at the initial purchase. After that, while neighbors continue to pay for their fences over the years, Trex fencing customers will be able to spend their money elsewhere while still enjoying an attractive, durable fence for a very long time. 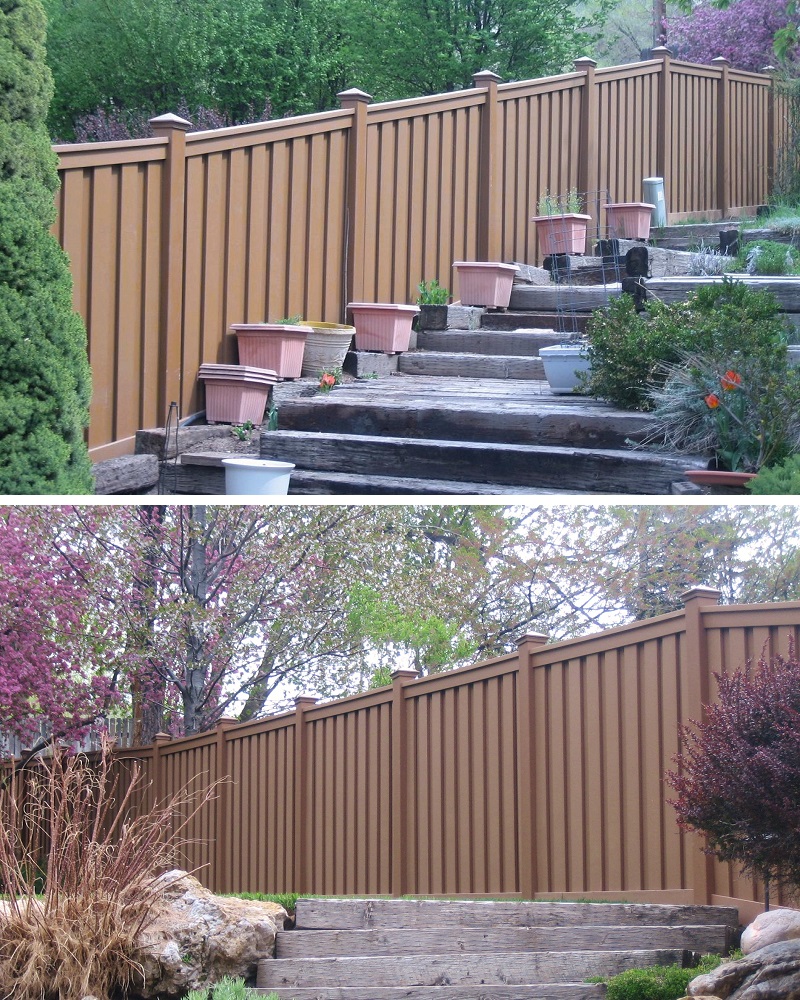 Trex fencing has the same appearance on both sides